60% Off Second Guest with Azamara

(based per person, double occupancy, on Oceanview, Category 08 and includes the $326CAD per person taxes, fees and port expenses)

Muse on voyages past as you sail out of Southampton, long a maritime center, its yards turning out warships for king and country from the Hundred Years War in the 14-15th centuries, to two world wars in the 20th.  After a relaxing day at sea we come to an overnight Bordeaux, for two days of education about wine production in this handsome and cohesive city filled with monumental buildings and fine estates.

A late night in one of France’s most picturesque beach retreats, St. Jean de Luz is next, followed by another late night in Bilbao, located in the heart of Basque Country and perfect for a day spent sightseeing highlighted by the Guggenheim Museum.

After a stop in Gijon for a trip along the Cider Trail, we arrive in La Coruna, or The Glass City, where the Roman Tower of Hercules, a UNESCO World Heritage Site designated stone lighthouse is a must-visit.

We arrive next in Porto, a European capital of culture where you can stroll the Ribeira neighborhood before your voyage wraps up in Lisbon, the colorful, historic heart of Portugal. Here you’ll be delighted by the cobblestoned streets, hilly neighborhoods, and warm welcomes everywhere you go. Stay after you disembark to check out the venerable São Jorge Castle, or roam the winding alleys of the Alfama district lined with taverns where fado singers perform. 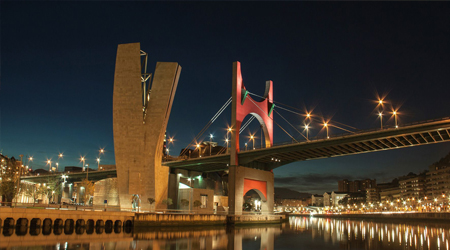 It was the departure point for the Mayflower in 1620, and for the ill-fated Titanic in 1912. The charms of London are not far away, but pray tarry in the south to explore other wonders, including Bath, with its natural hot springs and stunning architecture and the mysterious megaliths of Stonehenge, or venture all the way west to Lands End, and the wild moorlands and pirate haunts of Cornwall.

Spend the day sailing in style aboard your boutique hotel at sea. Indulge in a treatment at Sanctum Spa, stay ship shape with a class at our fitness center, or lounge the day away on our sunny pool deck.

In the evening, savor inspired Italian cuisine at Aqualina, or relish in a classic steakhouse experience at Prime C. Plus, you’ll find plenty of exciting evening entertainment, from thrilling shows at Cabaret Lounge to intimate performances in the Living Room.

Bordeaux’s fortunes have long been tied to viticulture. As a result it is a handsome and cohesive city of incredible classical and neoclassical style, with monumental buildings and fine mansions financed by the almighty grape. Be sure to bring your tasting palate to sample some of the world’s best wines.

Escape to St. Jean de Luz, one of the most stunning beach retreats in France. This Basque town is home to beautiful architecture, delicious cuisine, and the Church of St. John Baptist. Step inside this simple church and discover its 17th-century baroque golden altar. Elsewhere, you’ll find pedestrian areas with many delightful shops and cafes to explore. 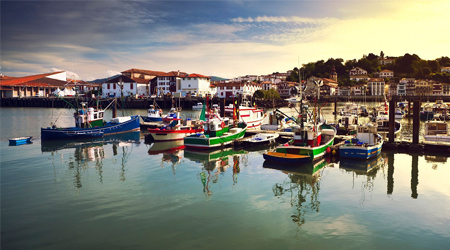 Home to a cultural and architectural renaissance, Bilbao's factories and ports have been transformed into spectacular urban projects. The ultra-modern Guggenheim Museum is a definite standout, and this gem in Basque country is brimming with fine wines, exceptional cuisine, and a vibrant spirit.

Gijón is the apple of the Bay of Biscay’s eye. And speaking of the fruit, what wine is to Rioja, cider is to Gijón and the surrounding region, Asturias. Follow the Cider Trail (a guided tour to some of the city’s best cider houses and restaurants), browse the Ecological and Crafts Market, and be sure to try a local pastry. Gijón has the largest number of bakeries per capita in all of Spain.

La Coruna is a city shaped by the sea. You can see this influence in the Roman Tower of Hercules, a UNESCO World Heritage Site. The lighthouse marks one end of the spectacular Paseo Marítimo promenade, one of the longest in Europe. Take a stroll to see other waterfront highlights like the Marina, Castelo de San Antón, the Millennium monument, and the most popular beaches—Orzán and Riazor.

At the mouth of the Rio Douro lies the city of Porto, known mostly for its port wine trade. With origins dating back to the 5th century, there is plenty to see in this town. Stroll the Ribeira neighborhood along the river, explore the Cathedral area, or tour the port lodges of Vila Nova de Gaia across the river. Savoring a taste of tawny port, tripe, and seafood while here is highly recommended.

One of the oldest cities in the world, Lisbon is rich in architecture and criss-crossed by monument-studded grand boulevards. Must-sees include the church of Igreja de Sao Vicente de Fora, which dates back to the 12th century; Musee Calouste Gulbenkian, one of Europe’s leading fine arts museums; and Torre de Belém, a UNESCO World Heritage Site and one of the most famous monuments in Portugal.

Our Pricing and Savings Policy: All rates are per person, based on double occupancy the stateroom category specified, cruise only, in CAD, and subject to availability. Rates may vary by ship, departure date, and stateroom category. All rates, savings, offers and itineraries are subject to change without notice. Savings and offers may be withdrawn at any time. Azamara reserves the right to correct any errors, inaccuracies or omissions and to change or update fares, fees and surcharges at any time without prior notice. Offer is subject to availability and change without notice and may be withdrawn at any time. NOTICE: Prior to booking, please consult all applicable U.S. Centers for Disease Control travel advisories, warnings, or recommendations relating to cruise travel, at cdc.gov/travel/notices. If a certain threshold level of COVID-19 is detected onboard the ship during your voyage, the voyage will end immediately, the ship will return to the port of embarkation, and your subsequent travel, including your return home, may be restricted or delayed. Health and safety protocols, guest conduct rules, and regional travel restrictions vary by ship and destination, and are subject to change without notice. Due to evolving health protocols, imagery and messaging may not accurately reflect onboard and destination experiences, offerings, features, or itineraries. These may not be available during your voyage, may vary by ship and destination, and may be subject to change without notice. ©2021 Azamara® Ships registered in Malta.

No matter where in the world your travels take you, Azamara takes you further

Enquire for the offer now!

FacebookTwitterEmail
* This offer is subject to availability and can be withdrawn or varied without notice.